The Princess has arrived...... 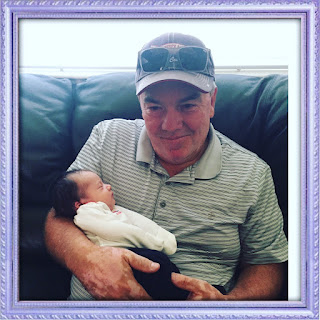 Grandpa couldn't stand that I was getting to spend so much time with the princess while he was in Alaska fishing so he flew to town to surprise us all. Needless to say, Brooke has grandpa wrapped around her tiny little fingers...... Just as a princess should!! :) 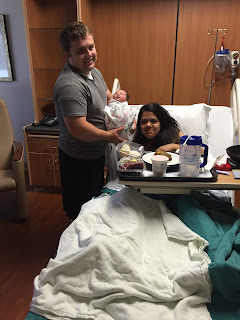 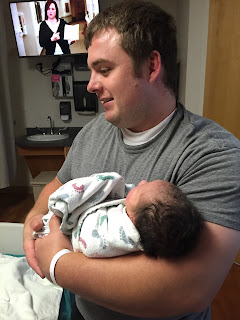 Proud Daddy with his baby girl.... ok he was beginning to stress a little as the reality of being a father was beginning to set in..... just breath, it will all work out... and she is so dang cute you can't help but fall in love with this baby girl, princess, brown baby, Brooke.
Posted by Gaby at 5:28:00 PM No comments: 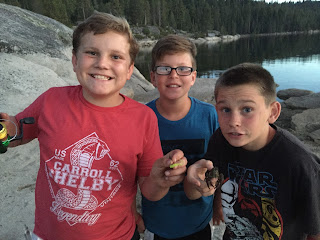 Whenever Jacob had a minute  he could be found down by the lake either fish or catching crawdads. He said the water was too cold to swim in but did manage to pass his swimming test just incase he wanted to go in the water or boating. 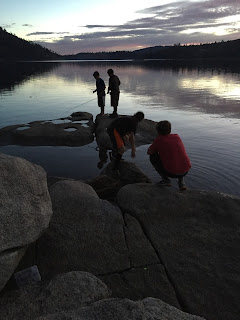 Never a dull moment when you have a fishing pool and a place to fish. and yes it was all catch and releases....Thanks to all the leaders who gave off their time, talents and energy to be with the boys for a week making sure they were where they needed to be, They were getting their blue cards signed and keeping track of all the boys and their gear. I'm sure the adults did not get much sleep this week either, but I'm thankful they were there with the boys and the support they gave the boys to achieve and experience as much as they could while at scout camp. 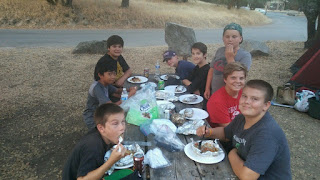 Jacob was in charge of the food for his camp out with his troop, what better camping dinner then foil dinners, the carrots, onions,garlic, and hamburger were all from our garden. We just had to buy the potatoes and assemble the dinners. This was his last requirement to become a First Class Scout. So proud of my baby and all the things he has been doing to increase his rankings to become an eagle scout like his dad and brothers are.
Posted by Gaby at 5:00:00 PM No comments: 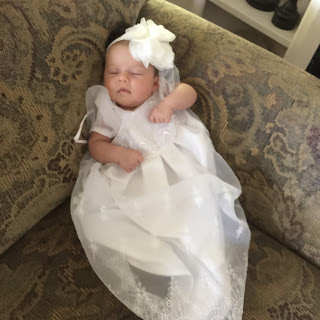 August 21, 2016 Was Brooke Olivia Chandler's blessing day. Brooke looked so cute in her blessing dress and big bow. She was blessed by her father Jeremy while family and friends participated. It was a great day for a blessing. Sure miss Princess Brooke and her family. 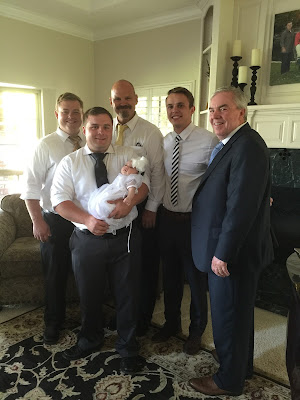 The priesthood and princess..... 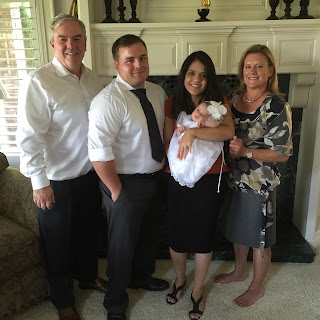 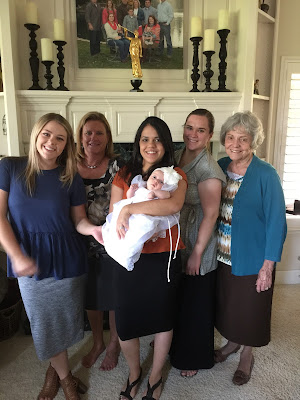 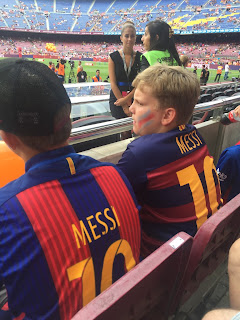 John earned a trip to Spain this year and we took Jacob with us. It was an amazing trip, we spent 4 days in Barcelona and then traveled by train to Madrid. While there we went to a Barcelona Fuss Ball game (soccer). Messi #10 is one of the favored players. He made 2 goals and played almost the entire game. It was a blast!! 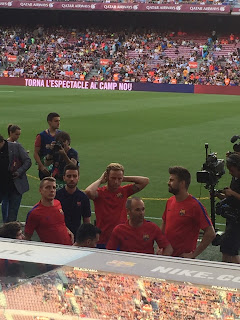 Of course, we had amazing seats right behind the players, the next best seats would have been on the field..... which there aren't any seats there so we had the best seats!! 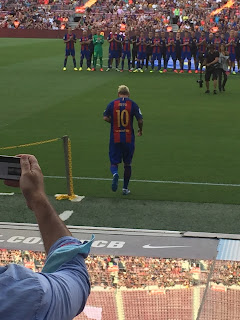 The crowd went crazy when Messi#10 came out on the field....Also learned a little history about Messi, when he was 9yrs old, he moved to Spain from Argentina. He had a rare disease that stopped his growth. Barcelona Soccer  team paid for his treatment in exchange he grew up to play for the team. Kinda cool story.. 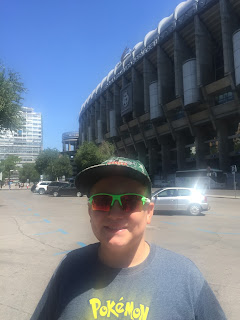 When in Madrid what does one do? Well, you go to the "Real Madrid" soccer stadium and get a brief history on the sport of soccer. It was very interesting to see the old cleats,clothing, pads and stuff they wore. 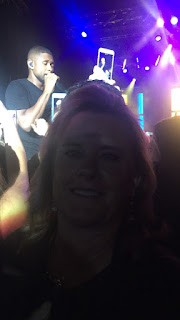 Allstate never disappoints, and once again it was an amazing trip!! Husher was the entertainment of the evening, our table was inches from where he was, and yes the stage did get rushed, and it became a standing only performance. 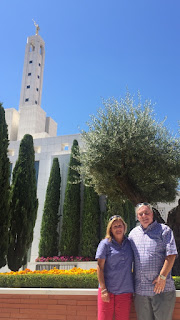 On the buck list of things to see while in Spain was to go and find the Temple. We rode the metro and did a little walking and as we turned the corner there was the angel Moroni. It's a beautiful Temple.
Posted by Gaby at 1:32:00 PM No comments: 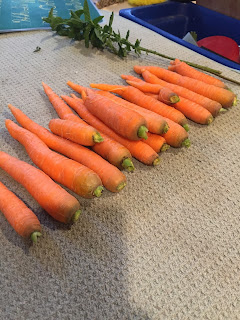 Our garden this year wasn't very pretty, but it was amazing!! We've eaten from it all summer starting in April and are continuing to reap its harvest. There is nothing like eating the produce that you have grown, nor does anything taste better then straight from the garden. 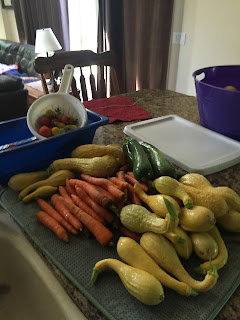 We have had a ton of zucchini, yellow squash, tomatoes, carrots, onions, garlic, cantaloupes and even grew a few watermelons this year. 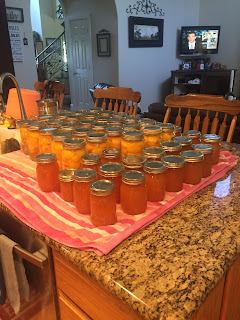 Jacob was a huge help this year not only did he help pick the peaches but he helped to peel them
, make jam and bottle some peaches. He was able to earn the Family Life merit badge while helping me, that's a win-win. We have been enjoying eating the peach jam on toast,pancakes, sandwiches, anything we can put it on. 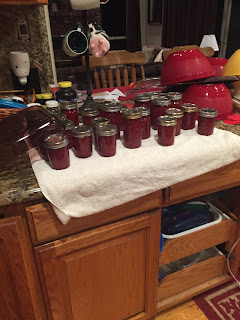 As per tradition we made our yearly strawberry jam, nothing beats homemade strawberry jam.
Posted by Gaby at 1:32:00 PM No comments: 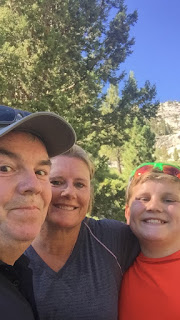 This year we started Labor Day weekend a little early!! We left town and headed to Lake Tahoe on Thursday after Jacob got done with school. We have always talked about hiking Horse Tail Falls, and this was the year we were going to do it!! John had hiked this as a youth, but Jacob and I have never done this hike before. It was a beautiful day and the falls were amazing. We were surprised how far up you have gone when you look back at the bottom. After hiking for over 2 hours we head on our way to Lake Tahoe. Let the fun begin!! 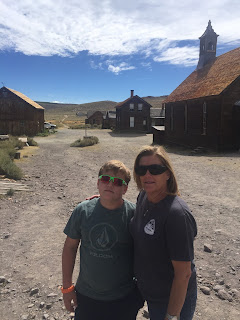 John and I had watched this show about "Ghost Towns" and the urban myths about them. Bodie California was one of the "Ghost Towns" that was mentioned on the show. As legend has it, Bodie was a town that became famous because of the GOLD that was found there in the mines. People came from all over the world to live in this town. The mine eventually closed up and the few remain towns people moved away. But the town is haunted by those who are still searching for the GOLD. And supposable visitors are welcomed to visit but those who have removed things from this little town bring the curse of BAD LUCK!! On the show there were people who had decided that they wanted to test this urban legend out.... People had taken rocks, old bottles, cans, signs etc..... 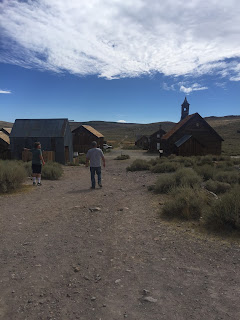 Well sure enough, they said the curse was upon them and the curse did not leave them until they had returned such item that they had taken. We had googled to see where this town was, and found out it was just a little drive from Lake Tahoe..... Made the bucket list of things to do when in Lake Tahoe, but I made everyone promise not to take anything!! We don't need any BAD LUCK around here!! 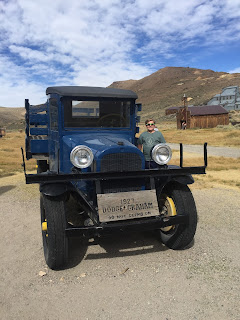 There were a few old trucks around on the property and some pretty cool buildings. I'm not sure why anyone would want to live in this town, there wasn't a lake very close by, one would have had to do some major traveling up mountains and over very rough terrain to get into this little valley. I'm still amazed at how big this "Ghost Town" had been back in it's day.
Posted by Gaby at 10:24:00 PM No comments: 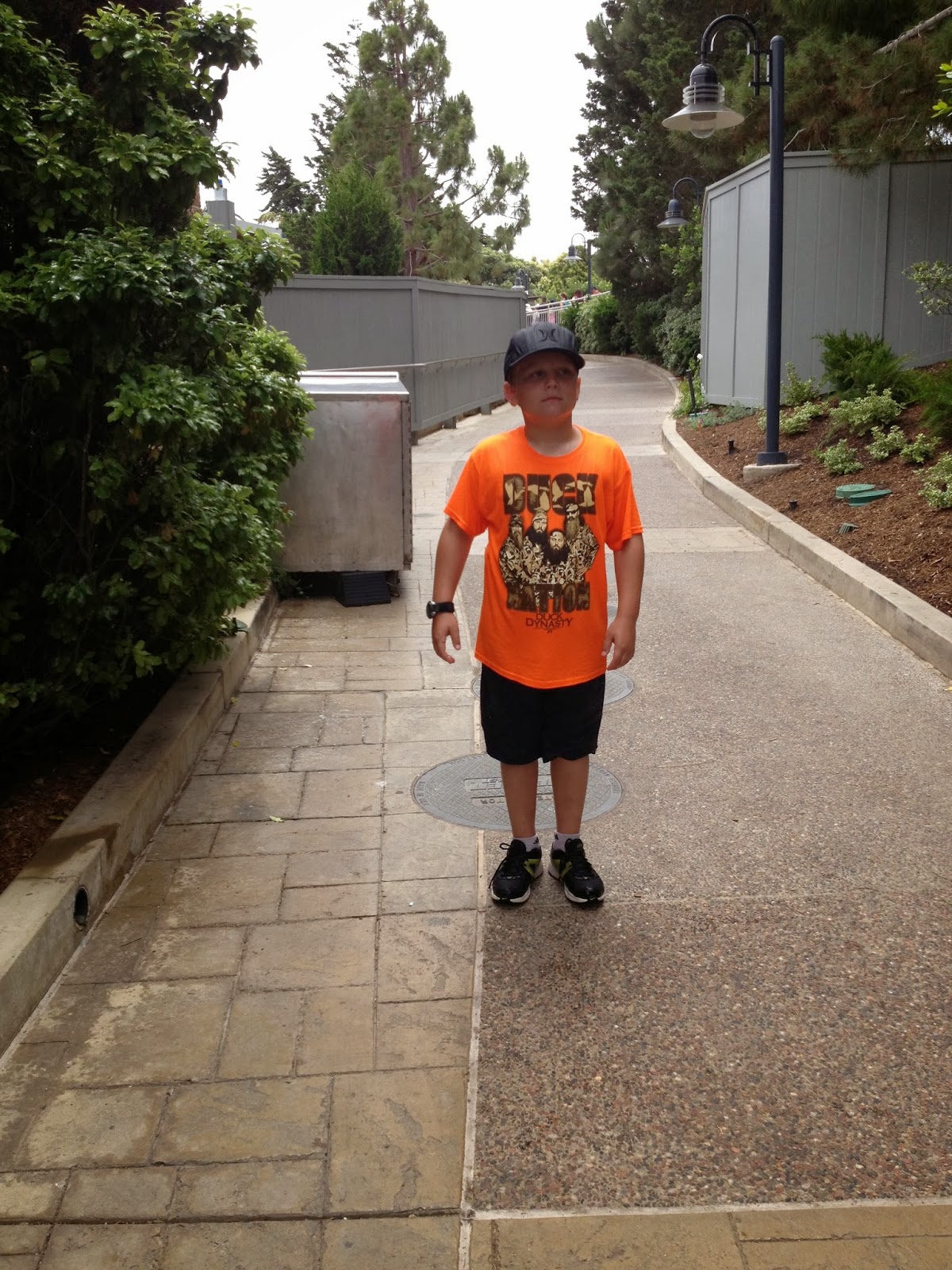 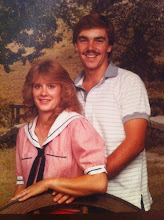 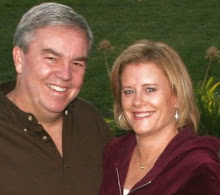